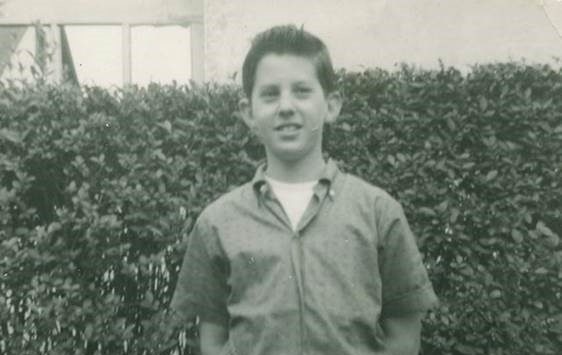 JCCA’s alumni comprise a rich and complex group of people who come from diverse communities, backgrounds, and generations. Having suffered serious trauma in their early years, with the help of JCCA’s services, they have moved on to a wide range of occupations and areas of expertise. Although their experiences in care may vary, we are always amazed at how often these resourceful alumni go on to lead productive and fascinating adult lives. And many attribute this transformation to the care they received in one of JCCA’s programs.

Michael D.,* a successful photojournalist whose work has been published in newspapers and magazines worldwide, was in care at Pleasantville Cottage School in 1960-61 as a 13-year-old boy. His interest in photography began with the help of a friend from those days:

“A friend from PCS let me borrow his 35mm camera and I learned what the camera’s mysterious numbers engraved on its dials meant, and how to set them correctly. I began taking pictures at around age 16. After a few years of college, travel, and a stint at driving a taxi in New York, I learned the photography trade as an apprentice, a photographer’s assistant.

After 15+ years (1971-87) as an advertising and corporate photographer, I transitioned to working as a photojournalist as a member of a New York City-based cooperative dedicated to social documentary photography and then as a documentary photographer for UN agencies, CARE, Catholic Relief, the Jesuits, and other development agencies working in Latin America.

I made the change from advertising to photojournalism for two reasons: One, I grew tired of making American industry look good. But the more compelling reason was that because I had never outgrown the trauma of my early years, I was drawn to the oppressed and wretched of the world. I believed that the least I could do was bear witness to their suffering and share their tears. This feeling is not uncommon among men and women who photograph war and poverty.

The experiences I’ve had, the events I’ve seen, and the people I’ve met have transformed and enriched my life immeasurably.”

Michael attended JCCA’s recent Alumni Day on our Westchester Campus, and has generously shared with us some reminiscences of his time at PCS, below.

“In 1960, when I was 13, I was sent to Pleasantville Cottage School, a residential treatment center for children run by Jewish Child Care Association [now JCCA]. I remember the people of PCS, who, by their care, saved my life and gave me hope and humanity.

I was deeply relieved when the county welfare agency suggested to my family that I would perhaps be better off away from them in a residential treatment center. I knew well enough not to allow any enthusiasm or hope to show, lest my parents jinx it. But with the incentives of no cost to them and our local public school refusing to let me back in, my parents allowed me to go.

I cannot imagine surviving if I had stayed in that family. I did not feel very human when I arrived at PCS—the feelings I remember having were fear, pain, and shame. The children at Pleasantville, 99% of them Jewish, came from broken or damaged families, or from homes too poor to support them. One of my friends there had lived for years with his father and three brothers in a car. Some of the kids’ troubles had led them into the court system, either as victims or as petty criminals, but none of them were very dangerous.

A fair number of our cottage parents, teachers, and staff were survivors of the campaign in Europe to exterminate the Jews in the 1930s and ‘40s. These people had spent time after the war in hospitals or resettlement camps, and had only arrived in the United States in the mid-1950s, many with wounds not entirely healed.

On the second day after I arrived at the school, I met the social worker I would see two or three times a week for therapy sessions. Mr. Fischel, a middle-aged Austrian man with pale, almost translucent skin, watery blue eyes, and receding, tightly-curled blonde hair, spoke eloquent and slightly formal English with a strong Viennese accent. He often said the word “So,” sometimes exhaling it as a complete declarative sentence, which came out like “Tzo…,” followed by a glance at me over his glasses. He had the reserved, courteous demeanor of a man from an earlier era. He spoke to me carefully and quietly, with patience and respect. He did not speak down to me, his 13-year-old patient, who had never before had the experience of talking with a therapist.  He was neither gregarious nor demonstrative; he never put a hand on my shoulder or patted me on the back. Despite his reserve, I became fiercely attached to him.

A few months after I began seeing Mr. Fischel, my father died suddenly of a heart attack. I felt responsible, reasoning that had I been a less problematic son, my father would not have been so miserable as to suffer a heart attack. After I returned from the funeral, Mr. Fischel explained to me that rather than I being responsible for my father’s demise, my father had been an active contributor to my present unhappiness. These conversations left me in tears from the pain of peeling back the layers of guilt and shame in which I had long been imprisoned.  Mr. Fischel spoke with gentle compassion and I was consoled by his kindness.

Not many months later, Mr. Fischel told me that he was leaving to take another job. I was crushed and wept inconsolably. He reassured me that there would be a different social worker to take care of me, yet for me, this was another loss to mourn, and I never saw him again.

I cannot now even recall Mr. Fischel’s first name. He never mentioned a personal life, never referred to a “We,” and rarely said “I.” The only fact I knew was the quality of his compassion. Where he had been and what had happened to him during the war remained a mystery. But his kindness and caring has stayed with me to this day, 57 years later. The children at Pleasantville lived in enormous houses (cottages), each with six upstairs rooms holding 18 kids, an apartment on the first floor for the cottage parents, a large living and dining area, and a kitchen. There were two regular cottage parents and one backup. There were also social workers, a couple of psychiatrists, teachers at the school on grounds, and administrative staff.

I discovered the art room and our resident art teacher, Jay Themal.  Because the concept of learning had not been embraced by my family, I believed that people either knew something from birth and excelled, or were born talentless and inept—I being, without a doubt, a member of the latter population.

Jay was honest and treated me and all the other kids as equals—intelligent and capable of understanding and making choices.  He had an adult sense of humor, teased us gently, and somehow led me to discover I could make art that I enjoyed looking at.

Jay’s art studio was like a salon; there were about six of us who all but lived there. It was our haven, our refuge. We left our damaged and broken selves outside and immersed ourselves in making art, and being members in good standing of a special group of friends. The work that came out of that art room was both wonderful and heartbreaking. Jay was sophisticated and treated us with respect and humor. His stock answer to someone asking what they should draw was “draw your grandmother riding a bicycle.” I remember one boy’s painting of three ducks: two large ones took up most of the space and, in a far corner, much smaller and all but invisible, a tiny abandoned duck looked searchingly at the large ducks.  I identified strongly with the loneliness and suffering that shone in that painting.

I began drawing from nature and was astounded that I could adequately represent trees and bushes around the school. Jay complimented and encouraged the work. My best drawing was taken by the school to hang in the hallway of the school offices.

Years later, I learned some of Jay’s family history from his nephew. His real name was Joachim and he was brought up in a wealthy family outside of Dresden. The family was jailed in 1933 under a trumped-up tax violation when the Nazis came to power. Jay’s father was killed in Auschwitz. His mother converted and remarried a Catholic. However, the Nazis got around to identifying her as a Jew, and when the SS came to her door, she told them to wait a moment, went inside, and committed suicide. Jay lived in Italy, Cyprus, and Alexandria before coming to the U.S. around 1947.

My thoughts at ages 13 and 14 were mostly taken up by girls and books. I read anything I could get my hands on, to escape and discover worlds different from the one I came from. I read to live and have kept reading my entire life.

These are some of my recollections of Pleasantville. I have many more, and will write them down some other day.”

*Not his real name.